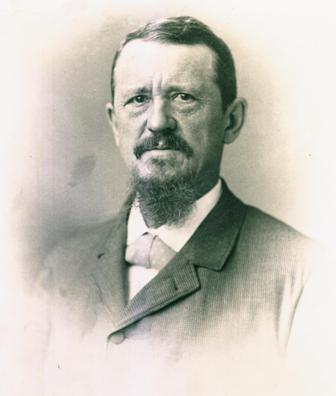 The Wharton Club of Boston created the Boston Joseph Wharton Award in 2011 to recognize a leader for outstanding alumni contributions to the Boston business community and society at large.  The award is intended to celebrate the Wharton community's contribution to Boston.  It is given each year to an area alumnus(a) who exemplifies Joseph Wharton's belief that extraordinary business leadership can be a significant force for improving society.

The Wharton Club of Boston inaugurated the Young Alumni Leader Award in 2014 to further recognize the outstanding contribution of Wharton's alumni to the Boston business community and society at large. The award will be given each year to an area alumnus(a) under 45 years old who exemplifies Joseph Wharton's belief that extraordinary business leadership can be a significant force for improving society. The selection criteria are the same as for the Club's Boston Joseph Wharton award, recognizing that the candidates are still earlier in their professional and philanthropic careers.

This year's awards will be presented at the Fall Kickoff Reception in September 2018.

In 2016, the Club was honored to present Peter Lynch with the Boston Joseph Wharton Award. Peter is currently serving as a Vice Chairman at Fidelity Management & Research Co. which is an investment adviser to Fidelity Investments. By the time Mr. Peter Lynch retired in 1990,he had built the largest equity fund in the world, over $14 billion and with over a million shareholders. He is both a veteran and best selling author. His charitable and cultural contributions are numerous, including serving as Trustee for Boston Public Library Foundation, the John F. Kennedy Library Foundation, and Massachusetts General Hospital, among others. He serves on the Trust Fund Board for the Library of Congress and is a member of the Finance Council for the Archdiocese of Boston.

In 2016, the Club was delighted to present Lee Hower with the Young Leader Award, He is a co-founder and Partner at NextView Ventures. Lee has spent his entire career as an entrepreneur and investor in early-stage technology startups. He started his career as an early employee of PayPal in product and business development roles, and worked there through the company’s 2002 IPO and sale to eBay. After PayPal, Lee was a co-founder of LinkedIn and served as head of corporate development during the company’s early years. Lee is a member of the Board of Directors for Capital Good Fund, a social change organization that uses financial services to tackle poverty in America, and returns to the Wharton School regularly to meet with students.

In 2015, the Wharton Cub of Boston was delighted to honor David Mussafer (WG’90).  David is managing partner and co-chairman of the Executive Committee of Advent International Corporation, a buyout firm that invests in companies in a variety of industries in North America, Europe, Latin America and Asia. He is responsible for the North American deal group and is a member of the firm's Executive Committee. He joined Advent in 1990; his specific investment experience has focused on financial services, healthcare services, and specialty retail transactions. David and his wife, Marion, support a wide range of community and civic endeavors, including City Year, United Way, Partners in Health and the Boys and Girls Club of Boston. David previously served on the board of City Year Boston.

In 2015, the Wharton Club of Boston recognized Janelle Brown Edem (WG’05) as our Young Alumni Leader.  Janelle is the Vice President, National Insurance and General Manager of the UPS Dedicated Unit at Liberty Mutual Insurance. In her role, Janelle is responsible for account management, client experience, service matters and general client relationship for one of Liberty’s major commercial clients. She has responsibility for profit, growth and retention of the account, and represents Liberty Mutual as the key customer contact.  She is also an active and engaged member of the Board of Advisors for the National Black MBA Association’s Boston Chapter. Through her affiliation with the NBMBAA, Janelle has supported the chapter’s mission to develop and retain diverse professional talent in the Boston area, and to mentor high school students to help develop and increase the number of diverse students who pursue educational opportunities in preparation for careers in business, entrepreneurship and community leadership. Janelle’s other noteworthy affiliations are an alumnus of LeadBoston and The Partnership Inc.’s Associates, Fellows and Next Generation Executive management programs. Not only is she back on campus regularly for the annual Penn Relay, Janelle was recently invited back to Wharton for the 2014 Wharton Women in Business Conference as a panelist on the Fortune 1000 Panel, to discuss how women can develop key skills and take the necessary action to ensure they thrive within large-scale, structured organizations. She is also a member of the Wharton Alumni Network in Jamaica.

In 2014, the Wharton Club was honored to recognize James Balfanz, (WMP'04) President of CityYear, for the instrumental role he has played in the rapid expansion and international growth of CityYear in the past few years. James was also recognized for his long-standing commitment to the cause of equal access to education.

In 2014, the Wharton Club was pleased to name Chuck Myers (WH'98 WG'99) our first Young Alumni Leader, recognizing his accomplishments and  outstanding early career progress. Chuck's early career as a portfolio manager at Fidelity Investments has been significant, including recognition as Boston Capital's "fund manager of the year" and a nod from Fortune Magazine as one of their "40 under 40." Chuck has also sustained significant involvement with the united Jewish Philanthropies. Chuck has maintained a close connection with the Wharton School, including mentoring students interested in investment management industry.

In 2013, the Wharton Club was delighted to honor Maria Kussmaul. (WG'82) Maria was recognized for: 1) her long standing role in helping entrepreneurs and their investors to achieve their vision through independent advice, access to capital, and ultimately, liquidity through M&A transactions, both as a co-founder of AGC and in her prior role as a co-founder of Castile Ventures; 2) her ongoing volunteer efforts with local cultural institutions like the Boston Museum of Science, and; 3) her consistent mentorship of Wharton students and younger alumna.

In 2012, the Wharton Club of Boston was proud to honor Michael Jesanis, former President and CEO of National Grid for his role in transforming a small regional utility company into the Nation's second largest integrated energy delivery company, his ongoing efforts to improve the energy efficiency and environmental sustainability at a local community and building management level, and support of sustainable economic growth in Massachusetts.

In 2011, the Wharton Club of Boston recognized Gary Gottlieb, President and CEO of Partners Healthcare System for his instrumental role in building one of the nation's most successful healthcare providers right here in the Boston area, his long-standing efforts to reduce inequalities in access to healthcare, and efforts to promote job creation in Massachusetts.